Apple Pay Is Here: 3 Reasons Why It’s a No-Brainer for You and Your Customers

Apple Pay has arrived. And by all forecasts, it’s here to stay.

But what is it exactly and why should you seriously consider adding it to your existing payment processing strategy?

Apple Pay is the latest in mobile payment and virtual wallet technology. Released in October by Apple, users can make purchases literally by placing a finger on their phone or mobile device. It’s compatible with several current Apple products, including the iPhone 6, iPhone 6 Plus, iPad Air 2, and iPad Mini 3.

And it will undoubtedly be integrated into future products as well. For instance, the long-awaited Apple Watch that launches early next year will sport Apple Pay. Plus, the watch will enable older iPhone models, specifically iPhone 5, to coordinate with the mobile payment system too.

With more than 500 million iPhones sold to date and roughly half of America’s smartphone users opting for Apple instead of Android, it’s safe to say that nearly half of your payment card transactions could process through Apple Pay.

And there are three excellent reasons why you should let that happen.

Traditional magnetic stripe payment cards present a greater security risk for all involved. The personal information contained in the stripe can be copied more easily and the cycle of fraudulent purchases are well underway before an identity thief is apprehended.

But Apple Pay relies on a process called tokenization, in which each payment card’s account number is replaced by a unique identifier or “token.” The full 16-digit card number is never disclosed and each token is only used one time. Essentially, there’s nothing for hackers or identity thieves to steal.

Plus, Apple Pay uses an advanced fingerprint recognition technology, called Touch ID, to add another layer of security to purchases. If the fingerprint doesn’t match the one on file, the purchase won’t be approved. The popular feature is already being used by 89% of iPhone users.

Apple Pay is amazingly efficient for both you and consumers.

Think about how much time you spend passing cards across the counter, checking IDs, and waiting on signatures? Now multiply that by the number of daily transactions in your store.

It adds up, doesn’t it? With Apple Pay, those hassles disappear.

And given the rise in texting and general reliance on smartphones, the majority of shoppers have their device easily accessible – ready to go in a split second. To make a payment with Apple Pay, consumers simply hold their phones near the contactless card reader while pressing a button that initiates Touch ID.

And the app does the rest. This saves them from having to reenter payment card information for each online purchase or exposing their full credit card number at the counter.

Take a look at the video below to see how efficient purchases made in the store and within apps can be.

Three of the major credit and debit card issuers – Visa, MasterCard, and American Express – have signed deals with Apple. And nearly 500 financial institutions have endorsed the app as well. So anyone with a payment card issued from a participating bank or credit union could make mobile payments via Apple Pay.

An impressive list of retailers have already updated their payment terminals too, including:

And for in-app purchases, Apple Pay can be used with:

Altogether, Apple has existing partnerships with 220,000 stores. Many more stores are expected to make the transition as the program progresses.

And that’s exactly why all merchants should be taking a good look at Apple Pay. As consumers get used to the convenience of a virtual wallet via their phone, tablet, or watch, they’ll expect that same convenience everywhere they shop.

Now that you’re ready to move forward with Apple Pay, you’ll need to make sure your terminal and equipment are compatible. While this may seem like it would be a complex process, it’s actually quite simple and inexpensive. 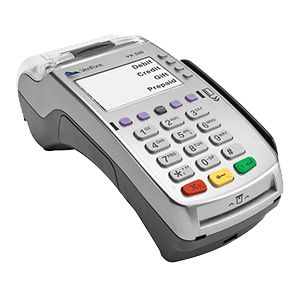 There are no additional fees from Apple, but you will need to purchase a contactless, or NFC, reader. And since you’ll be upgrading to EMV-compliant terminals soon anyways, you can select a terminal that works with both. VeriFone VX520 is a popular model that supports EMV payments and Apple Pay. Better yet, the unit can be purchased for less than $300.

A lot is changing in the payment processing world, but it doesn’t have to be a hassle. See how simple and pain-free your merchant account can be.

END_OF_DOCUMENT_TOKEN_TO_BE_REPLACED

CardPointe Hosted Payment Page Editor – Introduction & How To Use It

Featured VideoWhen you set up your CardPointe hosted payment page you get access to a page editor that allows you to edit...

END_OF_DOCUMENT_TOKEN_TO_BE_REPLACED

Welcome to this CardPointe Q and A video. This is another video in a series of training tutorials that are  set up for you...

END_OF_DOCUMENT_TOKEN_TO_BE_REPLACED

Welcome to this CardPointe “quick tips” training video. This is Brian Manning and I’m going to show you 21 quick tips and...

This website uses cookies to improve your experience. We'll assume you're ok with this, but you can opt-out if you wish. Read More